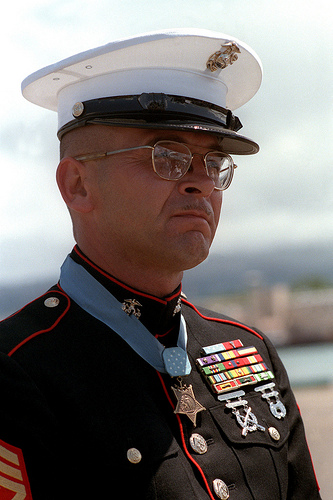 At Sears & Associates, P.C., we are extremely thankful for the sacrifice and hard work put forth by those who serve in the U.S. armed forces. In fact, we donate a portion of every contingency fee to support the Wounded Warrior Project.

Because of this, our Colorado Springs personal injury attorneys were interested to hear that Vietnam veterans recently sued the military over post-traumatic stress disorder.

According to a recent article from The Washington Times, the U.S. military has failed to upgrade the discharges of Vietnam veterans who developed PTSD, resulting in stigma and a loss of benefits for the veterans, many of whom desperately need the support.

The lawsuit is seeking class-action status and hopes to represent tens of thousands of veterans. The suit claims that the U.S. military has systematically denied applications for upgrades involving evidence of PTSD in veterans.

Since 1993, only 4.5 percent of about 395 discharge upgrades involving PTSD have been granted for Vietnam veterans. U.S. Sen. Richard Blumenthal backs the suit, saying, “Tens of thousands of brave and honorable Vietnam veterans with post-traumatic stress have been doubly injured by the black mark of an other than honorable discharge.”

Because of this, these veterans have been denied support and benefits.

At Sears & Associates, P.C., we will be closely watching as this lawsuit plays out. PTSD is a serious disorder that affects many veterans who have already sacrificed so much to the U.S. armed forces.

According to the National Institute of Mental Health, anyone can get PTSD at any age. This includes war veterans, like those discussed in this lawsuit, as well as survivors of physical and sexual assault, abuse, accidents, disasters, and other serious events. Symptoms usually begin within three months of the incident but can emerge years afterward.

If you have questions about PTSD or about the class-action lawsuit highlighted in the Post article, contact an experienced Colorado personal injury attorney today.